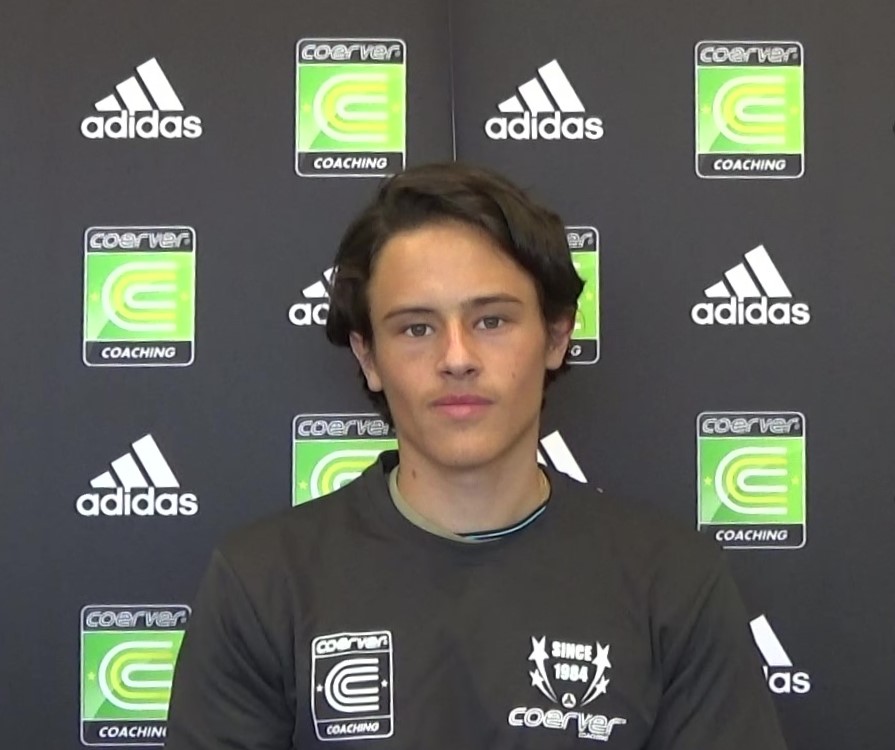 It has been a fantastic year for former Coerver® ACT Kid Nick Faust, who has recently signed on for the Central Coast Mariners

CC. Can you recall your first Coerver® Coaching experience?

The first session I can remember was with coach "Bugsy", I can’t remember what age group. I remember doing our warm up with juggling and toe taps etc. and then how serious everyone got when the testing began, especially when it was 1v1’s. Another thing I remember was the training booklet you had to fill out and it was checked every week like homework.

The program definitely improved my game in terms of ball control, skills on the ball and decisive decision making. I think the repetitiveness, the competition and the will to be better than everyone else in the squad alongside the professionalism is what makes the Coerver® program so unique.

CC. What is it about Coerver® Coaching you enjoyed most?

I enjoyed the testing and the laughs the most. The testing let me see how much I had improved in my skills and where I still needed to improve. The jokes that happened in the squad reminded everyone that we were kids and still needed to have fun.

CC. What are some of your best memories from your time at Coerver® Coaching?

My favourite memory would be the feeling you get when you spend hours trying to learn a move and then implement it in the 1v1 testing and it works and you score. I remember the feeling perfectly because I did it against my best friend. Another one of my memories would have to be training in the rain which meant lots of unnecessary sliding and diving about.

CC. Did you have a favourite Coerver® Coaching ball mastery technique or move?

My favourite move would have to be the scissor. I remember trying for weeks until I got it right and mastered the take off and the body movements to make it believable. I would say it is the move I use the most at the moment because of its speed, simplicity and successfulness.

CC. What advice would you give to our young Coerver® players in our programs?

I would just say that footballers are made up of hard work, dedication and talent. Not many people have made it into the game by pure talent, so you have to want it. You have to turn up to every session ready to not only learn something but also improve. You have to be obsessed with improving your own game and going out and training on your own.

CC. How has Coerver® Coaching prepared you for your current football pursuits?

I think Coerver® has prepared me by not only teaching me skills but also placing me in an environment where everyone wanted to be the best so the competition was real. I was never the best when I first started but as the years went passed I started to get better. By putting me in that environment, I think Coerver® just made me want it even more and now when I play in my teams I want to be the best.

CC. What has been your ‘career’ highlight to date?

I don’t think I have just one career highlight. But my top 5 would have to be:

We're incredibly proud of Nick's achievements and are looking forward to following his football journey.